Last month, one New York City food cart experienced a sudden death when a photo depicting a couple of hungry pigeons feasting on meat circulated around the Internet. It was a gruesome image, indeed, and one that prompted the food cart's entire customer base to seek out a new lunch spot. How could the death of this food cart have been prevented? How could they have stopped the hordes of pigeons that lurk the streets of NYC from breaching their confines and gorging themselves on the daily lunch special? They could have followed some tips from the pros with the below 4 things The Walking Dead can teach you about keeping zombies away from your food cart.

The West Georgia Correctional Facility served as a comfortable camp for Rick Grimes and his crew throughout most of season 3 and the first half of season 4. There, in the cozy confines of cell block C, the team got their first chance since fleeing Herschel's farm to take a break from being on constant walker-defense and lay out a plan for survival. What was so great about the prison? It was secure; it was boarded up tight so none of the biters could get in.

If pigeons are going to get into your food cart, they aren't going to enter through the ordering window where you'll see the invasion coming. Instead, they're going to sneak in quietly through any open space they can find to wedge their bodies through.

Open-style food carts are just begging to become a dining hot spot for little bird-walkers. The best type of food cart to have in the midst of a pigeon plague is one with a roof and 3 walls. If your cart has an open design, consider closing in the back and sides of it to make your food camp less vulnerable.

Your roof is especially important -- pigeons could swoop down from the sky without you ever even seeing them coming. If your cart already has a roof, board up any open spots between the rafters where pigeons could fly in. If your cart doesn't have a roof, invest in some awnings and keep them down.

In episode 12 of season 3, Rick is reunited with his long-lost friend from season 1, Morgan Jones. Morgan, although a little less trusting than his former self, has defeated all odds and managed to survive the plague alone. How did he do it? How did one man protect himself from a global army of walking dead people? He did it with by setting up spike traps, and you can use the same tactic to protect your food cart from a pigeon invasion.

Pigeons love to rest on the roofs or awnings of food carts and watch for opportunities to swoop inside and steal some grub. Install bird spike strips near the top of your cart to deter the pigeon-walkers. You can purchase bird spikes online, or make your own with a pair of wire cutters and a bit of old wire fencing.

One of the first glimpses Walking Dead viewers get of Michonne shows her walking through the woods with 2 modified-to-not-eat-her zombies. These walkers act as decoys and keep the other walkers from entering Michonne's safe zone. It's a unique and effective method of zombie-pest deterrent, and you can employ the idea when trying to keep pigeons away from your food cart.

While the method hasn't proven to work as a long-term solution to pigeon problems, owl decoys will scare off a flock of pigeons in a hurry and keep them gone long enough for you to implement other deterrents. If you need a lot of pigeons gone and you need them gone fast, visit your local hardware store and ask if they have any plastic owl decoys.

Stick that decoy somewhere near your food cart where the pigeons will see it and your pigeon-walkers will be gone quicker than Rick Grimes can say "They're going to feel pretty stupid when they find out they're screwing with the wrong people".

Don't Have At It Alone

Just as the average Walking Dead character is not able to make it on their own in heavily zombie-populated areas, neither can the average person control a pigeon outbreak near their food cart without a little help from a pest control service.

If you've tried the above methods and you still feel like your food cart is at risk of falling victim to the pigeon apocalypse, it's time to bring in somebody with experience. Contact a pest control service such as Ace Walco & Sons Termite & Pest Control that caters to pigeon infestations. They can help you implement any of the above tips, and they also have some more advanced weaponry like electrical tracks that give the birds a mild shock when they land on them and sound devices that emit shrieking noises that pigeons associate with predators.

If the pigeons are closing in on your food court, fight them off like zombies with the above tips you can learn from The Walking Dead. 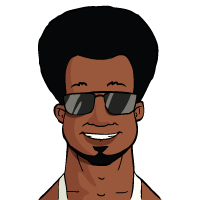 As an appliance installation expert, I know a thing or two about energy efficient washing machines and refrigerators. I commonly help clients to cut down on their electricity bills so they can spend money on the things they care about. New appliances alone cannot reduce energy waste though, and some of the homes I enter are filled with drafts and old windows. I have worked hard to keep the heat in my home during the winter, and I want you to do the same. Hard earned money should not fly out the window during the winter months. I have created a number of articles that can show you how simple blind, insulation, and caulking solutions can save you hundreds of dollars every year. Even controlling air flow can stop your heater from running non stop. Read on to learn how to control your energy waste as easily as possible.